Need to boost your press and learn how to write a press release for a movie?

You’re in the right place – and the right direction. A well-written press release for a movie will significantly ramp up its viewership by helping spark interest in its production or by generating media buzz about a particular aspect of the film such as a reclusive indie director, a controversial actress playing a cameo role, or an ingeniously crafted screenplay. But, you have to know how to write a press release for a movie.

Like everything else these days, a movie—however exquisitely produced or complemented by big-name stars—will make a terrible mistake if it solely relies on its internal merits to boost its bottom line. In fact, a few critically acclaimed films performed poorly in the box office, while movies with less artistic or technical credentials unexpectedly raked in millions of mind-blowing dollars in gross sales. In many cases, well-written press releases spell the difference between a movie that attracts high viewership and one that miserably misses its revenue targets.

Knowing the secrets of the trade in how to write a press release for a movie will boost your PR readability and power.

Raindance, an international organization of filmmakers, has recognized the importance of marketing and public relations to a film’s success, clearly stating that a movie—even one that has bagged major cinematic awards—is worthless without a viewing audience. [1]

This is from an organization that helps train directors such as Christopher Nolan (Batman Begins), Guy Ritchie (Sherlock Holmes) and David Yates (Harry Potter), as well as produce brilliant and strongly marketed films such as Pulp Fiction and The Blair Witch Project. 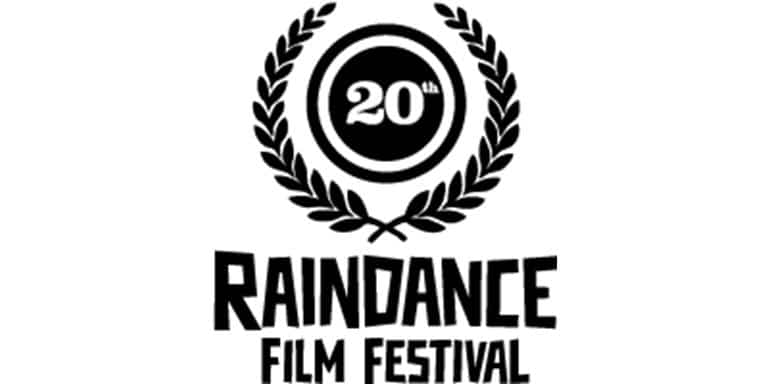 That said, what factors should you consider when how to write a press release for a movie? Press releases represent the main tool outside advertising, which movie publicists and marketers can use to generate viewer interest about a film. Unlike true-blue ads, press releases are deemed more objective and are far more affordable.

Strictly speaking, press releases are pseudo news articles that aim to showcase the newsworthiness of an event, service or product—a film in this case—to a decision maker in media such as a reporter or an editor. Failing to pique the interest of these decision makers will prevent the publication of the press release in credible and widely used channels such as established newspapers and online media portals.  Compare the impact of a press release published in The New York Times and the effect of one just wallowing among thousands being hosted by a PR aggregator, and you can see the importance of why press releases should be written and deployed by trained professionals. You can read a related post to get more insight on how to create effective press releases[2].

As has been established, the process of writing and distributing press releases is very important in the box office success of a newly produced movie. If you are tasked to create one, here are a few tips to help you achieve your PR objectives:

2. Package the message.
A movie has a message. For PR purposes, the message could be one that is not intrinsic in the film but in the process of making it. However, the best message a movie can communicate is the movie itself. This means that writers tasked to craft a press release for a movie should have a panoramic view (pun intended) of the material whenever possible, including attendance at prescreening sessions whenever there is one. If there are limited prescreening sessions, make do with the information the filmmakers are willing to share and use your ingenuity to package the message. To do this, you can showcase the film’s major draw such as its director, cast, story, or special effects.

Remember to be especially creative, original and clever when deciding on the press release’s title. The first few sentences should also deliver your message in a way that readily catches viewer attention and entices readers to wait for the film’s theatrical release in eager anticipation. If you are new in the trade, it’s a great idea to snoop around the Internet for excellent press releases for films that you can use as models.

4. Whet your audience’s appetite.
Movies are sensory treats. Leaving too much to the imagination by just submitting a text-based material to PR channels is rarely a good thing. Perk up your press release with production stills, video clips, or poster images to ignite anticipation among potential viewers.

5. Review the final output.
Employ a proofreader or editor to review the final iteration of your press release. This is a critical step for how to write a press release for a movie, prior to submission to PR and media channels and should never be bypassed.  Grammatical and factual errors greatly erode a press release’s credibility and its intended positive impact. At worst, errors can put your agency and your reputation as a writer in a bad light, which can cause your client portfolio to suddenly shrink. At the very least, you should review your own work thoroughly and become your greatest critic before submitting your press release.

6. Deploy your message.
Once you get a go signal from your editor (or if you already feel highly confident about your work), you can distribute the press release to the appropriate channels. Note the term “appropriate.” Similar to a game of chess, strategically deploying your pieces means a higher likelihood of winning. In the PR world, haphazard deployment often results to useless but cost-incurring efforts.

Next is distribution, which we’ll recap later. Be smart and use distribution that is high quality, relevant, and targeted. Distributing a press release for a movie to a food magazine will hardly gain traction for your campaign. However, things could be different if the film strongly uses food as a symbol or its main cinematic platform. Strongly targeting niche magazines, popular blogs and online portals that focus on food and the culinary arts can then be very powerful.

Need great press releases? Let our pro team of PR journalists help you today. Check out our PR services in the Content Shop![3]

Acquire this Domain
You can acquire this site’s domain name! We have nurtured its online marketing value by systematically curating this site by the domain’s relevant keywords. Explore our content network – you can advertise on each or rent vs. buy the domain. Buy@TLDtraders.com | Skype: TLDtraders | +1 (475) BUY-NAME (289 – 6263). Thousands search by this site’s exact keyword domain name! Most are sent here because search engines often love the keyword. This domain can be your 24/7 lead generator! If you own it, you could capture a large amount of online traffic for your niche. Stop wasting money on ads. Instead, buy this domain to gain a long-term marketing asset. If you can’t afford to buy then you can rent the domain.

About Us
We are Internet Investors, Developers, and Franchisers – operating a content network of several thousand sites while federating 100+ eCommerce and SaaS startups. With our proprietary “inverted incubation” model, we leverage a portfolio of $100M in valued domains to impact online trends, traffic, and transactions. We use robotic process automation, machine learning, and other proprietary approaches to power our content network. Contact us to learn how we can help you with your online marketing and/or site maintenance.

The requested URL's length exceeds the capacity limit for this server.

The requested URL's length exceeds the capacity limit for this server.

This website uses cookies to improve your experience while you navigate through the website. Out of these cookies, the cookies that are categorized as necessary are stored on your browser as they are essential for the working of basic functionalities of the website. We also use third-party cookies that help us analyze and understand how you use this website. These cookies will be stored in your browser only with your consent. You also have the option to opt-out of these cookies. But opting out of some of these cookies may have an effect on your browsing experience.
Necessary Always Enabled
Necessary cookies are absolutely essential for the website to function properly. This category only includes cookies that ensures basic functionalities and security features of the website. These cookies do not store any personal information.
Non-necessary
Any cookies that may not be particularly necessary for the website to function and is used specifically to collect user personal data via analytics, ads, other embedded contents are termed as non-necessary cookies. It is mandatory to procure user consent prior to running these cookies on your website.
SAVE & ACCEPT
Generated by Feedzy